Can We Use IPA in Cake Decorating?

In this guest blog post, Howard (hubby to the lovely madeitwithlove), discussed what we really need to know about IPA. So it turns out that his super helpful ganache charts  aren’t all that he has up his sleeve! Take it away Howard…

You may have spoken to my wife, madeitwithlove on the Q&A section of the site.  Well I am Howard, referred to as Hubby in many of madeitwithlove’s blogs and in the site’s Q and A.  Now I am retired from pharmacy, I help her out with some of the more scientific and mathematical stuff on the site.

For some time now, she has been nagging me to write a blog on Isopropyl alcohol and alcohol, as there is always confusion around the word ‘alcohol’. However, I was prompted to actually write this blog because the Food Standards Agency (FSA, UK) has very recently sent out a directive to all sugarcraft suppliers to remove all paint products containing IPA from their shelves.  As you can imagine this has caused quite a hulabaloo !

The blog does contain important information for all sugarcrafters and their suppliers, so it is well worth ploughing through it. So let’s begin . . . . . 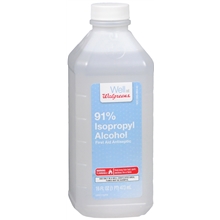 What are Ethanol and Isopropyl Alcohol ?

Both products are referred to as ‘alcohol’. They can be both be used as cleaning agent, solvent and edible paint carrier.  As such, ethanol and isopropyl alcohol are confused the world over. They are different chemically and are manufactured by different processes. Much of the ethanol used commercially is produced by fermentation of sugar by yeast. IPA cannot be made by fermentation, it is made by a chemical hydration process from propane.

Ethanol is the chemical name for the alcohol we drink. It is as an ingredient and solvent in very many sugarcraft painting products. As a pure chemical, ethanol cannot be bought without a license from Customs and Excise (in the UK). When used in sugarcraft, ethanol can be purchased as Vodka, Gin, Everclear(in the States) or any other consumable clear spirit. Australia does have an ethanol product available to the general public called Rose Spirit. This is 95% ethanol with 1% rose spirit, but is restricted to 50ml bottle sizes.

Although it works like ethanol as a solvent and cleaner, Isopropyl Alcohol (IPA) is an entirely different chemical. It is used as a substitute for ethanol as it does not need a license to purchase it and it can be cheaper if bought through a local pharmacy or in bulk from a chemicals supplier. Unlike vodka it does not contain any significant water. IPA is available from sugarcraft suppliers under different names such as rejuvenator spirit or dipping solution.

IPA is a very good carrier for making sugarcraft paints from lustres and petal dusts. It is also good for thinning paints and for cleaning brushes. When applied to sugar paste it evaporates rapidly and completely from the surface. Unlike water, it will not compromise the surface of icing sugar.

However, IPA is toxic. Working in a poorly ventilated room the vapour may induce some level of intoxication, which quickly lifts in fresh air. If ingested, 20ml will cause symptoms like nausea, abdominal pain, low blood pressure and dizziness. 100ml will kill a small child and 250ml will kill a healthy adult.

It is a pity that dipping solutions and rejuvenator used in sugarcraft are labelled food safe. It implies that somehow they are not harmful, if ingested. What it does mean is that the solvent does not have impurities that can leave a residue of harmful substances. Chemical suppliers have to provide a purity certificate with each product. Almost all IPA product has a certified purity of 99.9%. This is a high level of purity. Most of the 0.1% impurity is water with a small amount of acetone.

According to documents I have read, there is absolutely no hazard to health from products containing IPA when they are applied to sugar paste or, of course, if making your own paints using IPA.  Virtually all the IPA evaporates completely. If there is, by any chance, a tiny amount of IPA residue left, it will not be in sufficient concentration to be hazardous.

That said, there is a potential hazard for the decorator through inhalation if IPA is used in an unventilated room. Bear in mind that IPA is also readily absorbed through the skin.

So, Let’s Get on With the Regulations

There are three technical terms referred to when reading the regulations concerned with food processing.

They are food additive, carrier and extraction solvent.

A food additive is a chemical or extract added to food. It may be a colour, a preservative, flavouring, a stabiliser or some other enhancement such as added vitamins or minerals. Permitted additives are often referred to by E number. IPA has never been a permitted food additive.

A carrier is the medium through which an additive is added to food. It is usually a liquid or a gel. Water and ethanol are obvious examples. You will often see propylene glycol listed in an ingredients list. This is another example of a permitted carrier.

Despite this, due to oversight or ignorance, some products containing IPA were manufactured in the UK right up until May 2015. My source at the FSA stated that he had been unaware that manufacturers were still making products with IPA.  These products include some food marker pens, paints, lustres and airbrush paints. The FSA was alerted to this fact on May 20th 2015 by the much maligned European Food Standards Agency following a complaint from Spain, where UK made food colouring pens containing IPA were being sold.

The FSA has directed manufacturers and suppliers to remove all products containing IPA, as a carrier, from sale. This is not a product recall. So you will not be able to return any IPA containing product to your supplier.  All these products are being reformulated. It is worth noting that IPA has not been reclassified, as some suppliers have been suggesting. 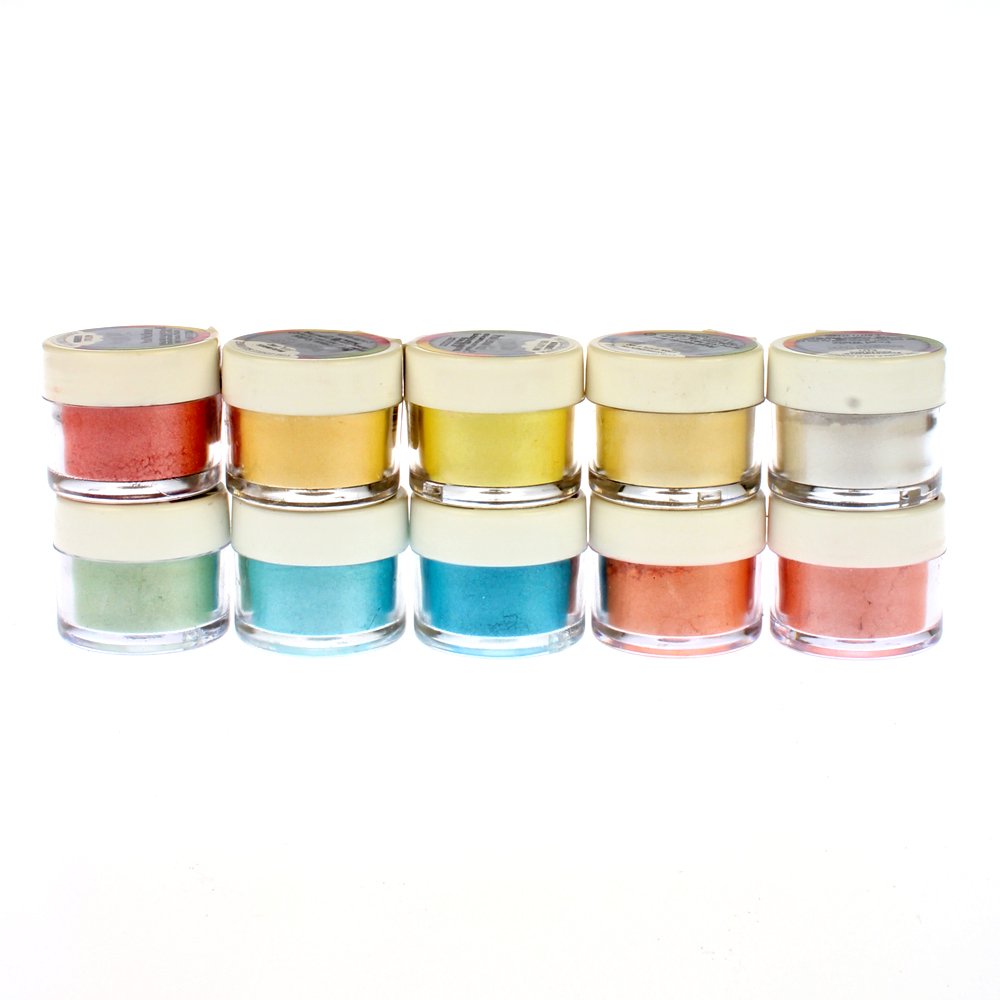 I spoke with Rainbow Dust on Friday 12th June. The only Rainbow Dust product containing IPA is their food marker pen. This has been reformulated and the new product is available as from Monday 15th June 2015. They also make a pure IPA product, Sugarcraft Essentials (SCE) Dipping Solution, which they are also reformulating. Dipping solution is not covered by the regulation for carriers, but Rainbow Dust has made the decision to reformulate voluntarily. Sugarflair make some IPA containing products. I have noticed that in some cases they have been reformulated, but they were not available for comment, because the factory is having its annual two week shut-down at time of going to press. PME have no products containing IPA carrier. Dinky Doodle Airbrush paints are ethanol based and Kroma airbrush paints are water based.  Culpitt have withdrawn any product containing IPA, including their Dipping solution. They are in the process of reformulating these, but have no date for a relaunch as yet. The Dipping solution is also being reformulated. Culpitt state: ‘ ….we worked closely with our local authority in dealing with the IPA withdrawal situation.’

The major wholesalers have withdrawn all products containing IPA carrier, although these products can still be found in some shops, on Amazon and on EBay. So please check the ingredients list before purchasing.

The inevitable question is:  if IPA is not an approved carrier, how come I can still buy IPA and use it to make up my paints? According to the FSA, pure IPA, as a simple chemical, cannot be covered by the regulations on food additives and carriers, as it is not a food or food additive. It has different uses in the home and in industry and comes under regulations on the distribution and sale of ‘Hazchems’ (IPA Hazchem code is 2YE) which permit its sale to the public. So IPA can still be used to mix lustre and petal dusts for painting purposes, as a thinner and as a brush cleaner.

I hope the information I have supplied clears up any confusion about ethanol and IPA and that the regulations appear to make more sense.

Finally, please use isopropyl alcohol with caution, away from naked flames or sparks and in a well ventilated room. For storage, make sure the child resistant cap is secure and the IPA is stored well away from any heat source and out of reach of children.