Karen Keaney of Roses and Bows Cakery is one busy lady. Just weeks after filming her fantastic Steampunk Rocket Ship Cake tutorial with us, she was off to Florida! In her guest post, she shares her experience of the Live Global Cake Challenge in Orlando last month, as part of The Americas Cake and Sugarcraft Fair. She talks about all the nerves in the lead up to the competition and the story behind her and Karyn Hudson’s beautiful cake design inspired my Irish Folklore. It all paid off as they were the well-deserved winners of the challenge! A huge congratulations to Team Ireland who were competing against nine other teams in an intense, seven hour competition. 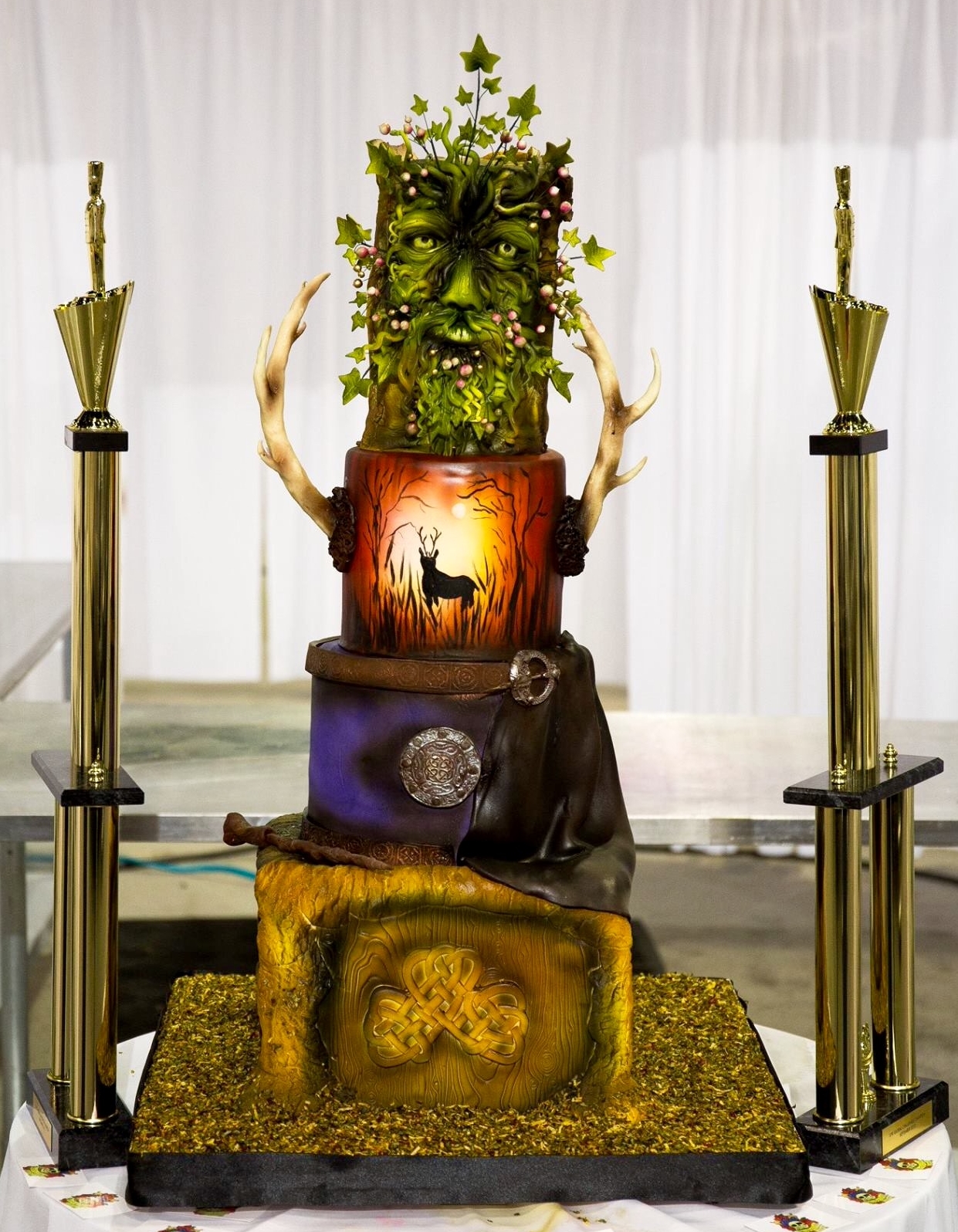 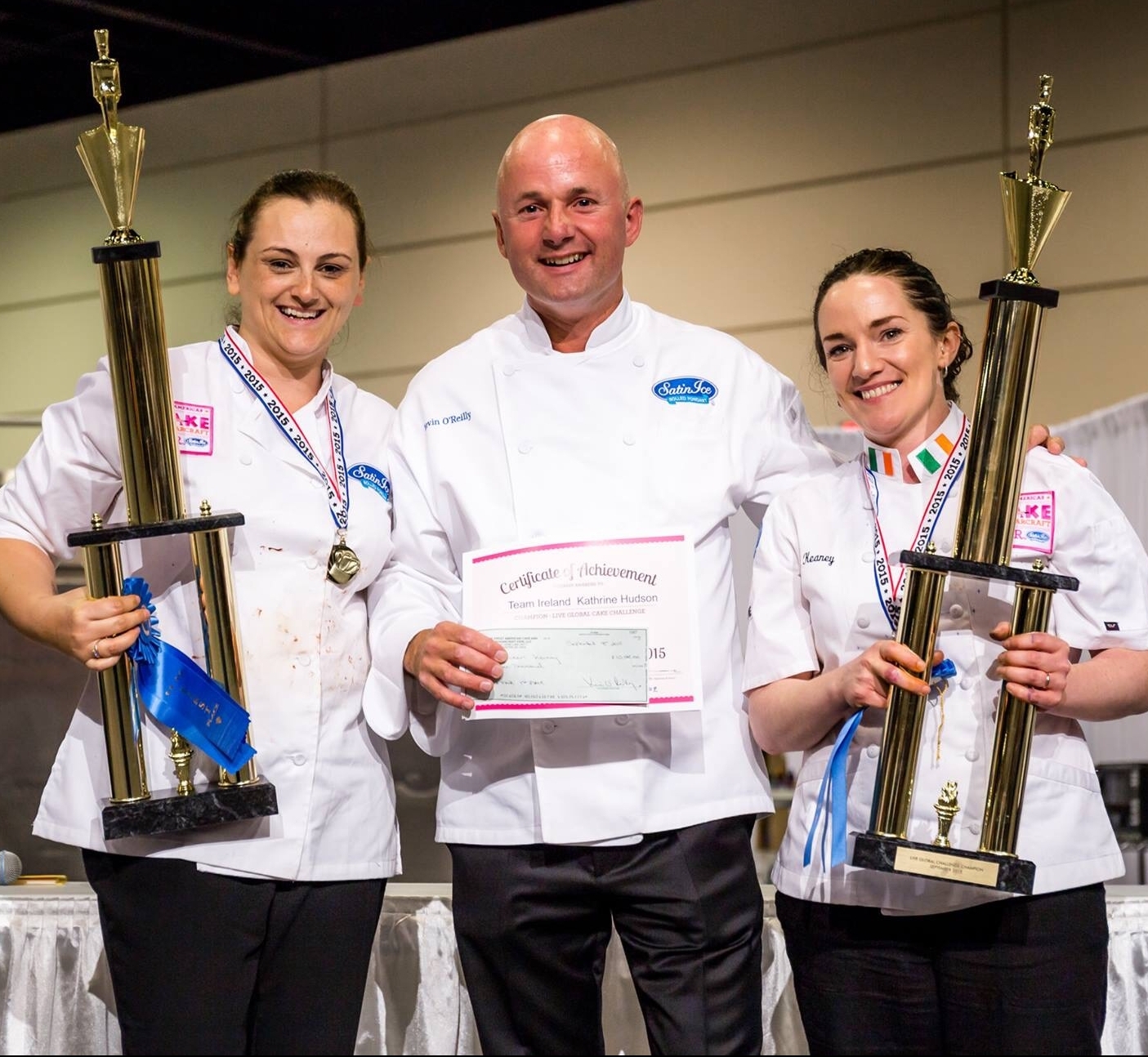 Wow! So where do I begin?! It was a crazy few months in the build up to the competition – lots of obstacles to overcome but we got there in the end. Those few months flew by in the blink of an eye and before I knew it it was time to pack for Florida.

Our brief was ‘Homeland’, the cake had to be 36″ tall on a 24″ base. It had to be totally edible, no dummies were used, just cake and lots and lots of chocolate ganache! We brought 12kgs of ganache in our suitcases, crazy? Well….yes!

I really wanted to steer away from the clichéd leprechauns and Guinness and all that’s typically associated with Ireland. I love all Irish folklore and legends and wanted that to be a representation of Ireland so I chose the story of Fionn Mac Cumhaill, Sadhbh and Oisin – both because I love the story and my youngest daughter is named Sadhbh.

The Story of Fionn Mac Cumhaill, Sadhbh and Oisin

Sadhbh was the daughter of the High King of Munster and was chased by a Druid or ‘Fear Doirche’ who wanted to marry Sadhbh but she refused, so he turned her into a deer to wander the forests alone, forever. The green man, protector of the forests, told Sadhbh that she needed to make her way within the walls of the Fianna castle to break the curse.

Fionn Mac Cumhaill was a hunter/warrior and leader of the Fianna. One day, he caught Sadhbh but did not kill her, he felt she was a special creature. He returned to his castle with her and once she entered the gates, she returned to human form because the Druids curse could not work within the walls of the castle. Fionn fell in love with Sadhbh and gave up hunting and fighting to settle down with her and she was soon pregnant. During an invasion, Fionn was called to battle and it was during this time Fear Doirche returned and tricked Sadhbh to come outside the castle walls, turning her back into a deer and she returned to the wild.

Fionn returned from battle and spent the next seven years searching for Sadhbh. Then one day, he came across a child in the forest. The child was wild and couldn’t speak, but something drew Fionn to the boy and he took him back to the castle and took care of him. The boy eventually began to speak and told him of the deer who raised him. It was only then that Fionn realised it was his son. He named him Oisin, which means ‘little deer’. Legend has it that it was the Green Man, protector of the forest that kept Oisin safe in the woods on Benbulbin, until he was found by his father.

The green man was our top tier and the handpainted deer and modelling chocolate antlers was our next tier. Our entremet was Fionns shield and the deep blue represents Fionns warrior dress and the emblem on the front has the Celtic symbol for warrior in the centre. The bottom tier represents the forest and also contains one of our national emblems, the shamrock. We coloured coconut for the base to represent the forest floor and I also made a chocolate wand to represent the hazel wand that the Druid would have used on Sadhbh. For added effect, we incorporated some dry ice under the base of our cake to evoke the feeling of a mystical forest. I also built a speaker into the baseboard of the cake so I was able to remotely play some Celtic music at the presentation of our cake, while my team-mate Karyn had some music mixed by a DJ to add to the overall mood of our cake.

It was possibly one of the most stressful seven hours of my life so far and at times I wondered if we would make it at all…especially at the end when we had to lift the whole cake onto the display table – everyone watching, we held out breath and just went for it and luckily we made it, with no damage! That cake was HEAVY. But it was worth every second. It was a once in a lifetime experience and the competition as a whole was expertly organised by the Satin Ice Team. I am very thankful to all our supporters and sponsors along the way, it has been an incredible journey.

If, like us, you haven’t had quite enough of Karen’s beautiful cake designs, check out her magical Steampunk Rocket Ship Cake tutorial which Karen filmed with us as a Guest Tutor. Available for members and to purchase individually, Karen takes us through each step of the design to create a rocket ship in a stunning array of metallic colours, complete with intricate details and a little astronaut! 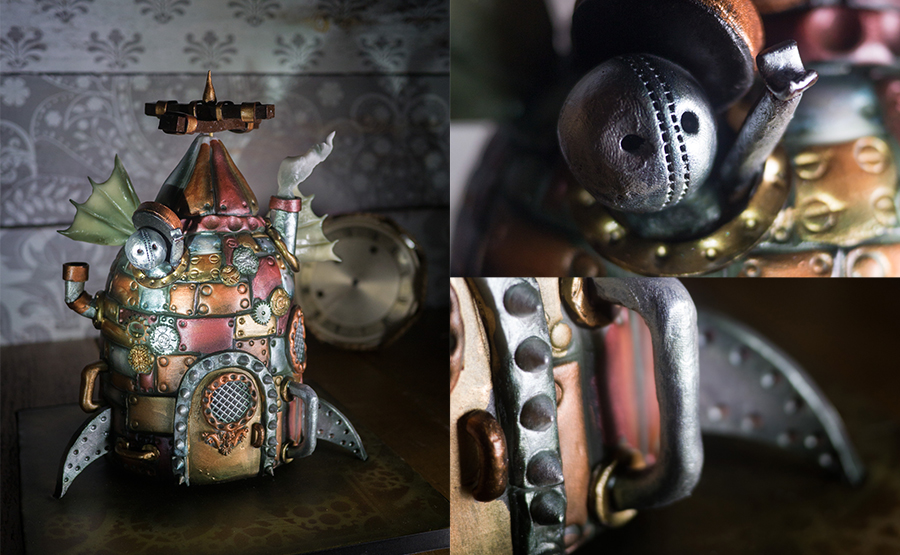