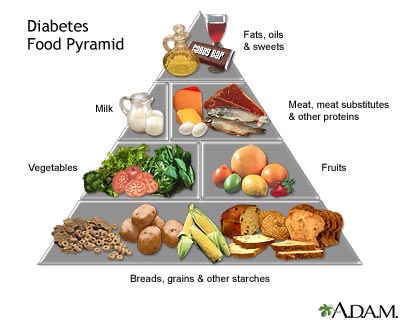 The following blog was kindly provided by Howard Fox, husband of Roshan (madeitwithlove) and clearly illustrates how to manage baking for diabetics.
Before you start baking cakes for diabetics, it is useful to understand a bit about the disease. There are two basic types of sugar diabetes and they are treated differently. Firstly, there is the classic type one diabetes, where the pancreas produces little or no insulin. The disease usually develops in children and stays with them for life.
The medical treatment for this is simply regular injections of insulin. Type one diabetics can eat all food, but must regulate sugar intake. Sometimes these diabetics inject a little too much insulin, become hypoglycaemic and have to eat something sugary to compensate. If a diabetic knows they are about to have some extra sugar, such as a piece of wedding cake, they can inject a little extra insulin in advance.  It is a bit more complicated than this, because cake also contains flour, which is mainly starch.  In the body starch is broken down into simple sugars, but as it needs to be digested its effects are not so immediate.
Type two diabetics, on the other hand, continue to produce insulin. In this case, the body cannot use the insulin it produces. The disease is further complicated because it is also a disease of the cardiovascular system (heart and blood stream). Type two diabetics have to be very careful about their blood pressure and cholesterol level (butter and egg yolk are high in cholesterol). You may hear people saying they are borderline diabetic. This means they are glucose intolerant, but not enough to require medication and blood sugar is controlled by diet alone. Unfortunately, type two diabetes is a progressive disease and will eventually need to be treated with tablets. If the disease progresses further still, blood sugar is controlled by tablets and insulin. Type two diabetics have strict controls on their total diet. This does not mean they cannot eat cake, but they must strictly control the amount they eat.  They will be given a regimen which limits the amount of carbohydrate  (sugar and starch) they can consume.
Diabetics should not eat so-called ‘diabetic food’. This is food where sugar is substituted with a substance called Sorbitol. Sorbitol causes diarrhoea and should only be consumed in small quantities. Despite sugar being substituted for Sorbitol in ‘diabetic  foods’, they often have a higher calorific value than ordinary food.  However, there is nothing wrong with ‘sugar reduced ‘foods, such as jams and these are to be preferred. But be aware, if you use sugar reduced jam as a filling, the keeping properties are not a good as normal jam.
When baking cakes, do not use Sorbitol as a sugar substitute.  You can, of course, experiment by reducing the amount of sugar you put in to a recipe.  My wife, once entirely forgot to put any sugar into a cake mix and produced a perfectly acceptable cake, to me anyway.  For type two diabetics stick to cakes made with vegetable oil rather than butter. You could try using egg white or egg white powder rather, than whole eggs. Also remember that the fruit in fruit cake has a very high sugar content.

Other than these simple tips there is not too much to  worry about when baking for a diabetic.