Unfortunately, yet another Season of George R.R Martin’s Game of Thrones has come to an end. We entered the world of Westeros yet again, more than aware of the emotional torture we were about to willingly endure upon ourselves and we were certainly not let down!!!

There was love, death, dragons, white walkers and much more in what has turned out to be perhaps the best season of the show to date.

To commiserate the fact that we now have to wait at least a year for the penultimate series of the show, we thought now would be a good time to look at some of the best Game of Thrones cakes we could find across the web. 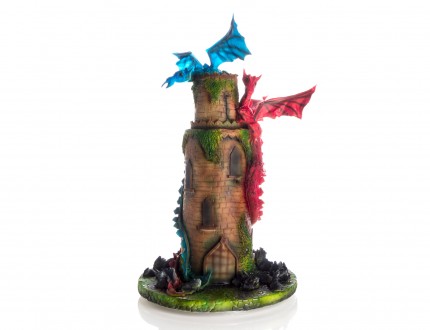 Daenerys’ dragons have been one of the central themes in Game of Thrones. Everybody’s favourite feminist has called on her fire-breathing best friends to help her in her quest to claim the Iron Throne on more than one occasion.

This cake comes courtesy of the very talented Paul Bradford (some of you may have heard of him) and you can learn how to make your very own dragon themed cake based on Paul’s Dragon Reveal tutorial. 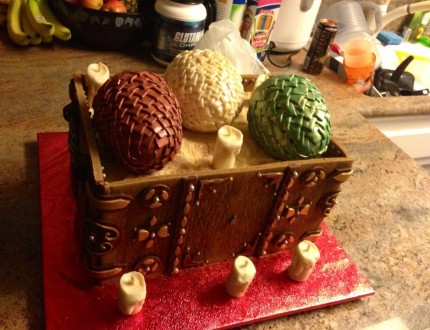 Whilst we are on the theme of dragons, our second entry comes courtesy of Geeknative in Edinburgh. As anyone who knows anything about the biology of dragons will be able to tell you… they come from eggs (duh).

Fans of Game of Thrones may remember Daenerys receiving dragon eggs during her (ever so slightly) barbaric wedding to Khal Drogo in Season 1. This was before we knew what a pivotal role they would have in Daenerys journey through the show. 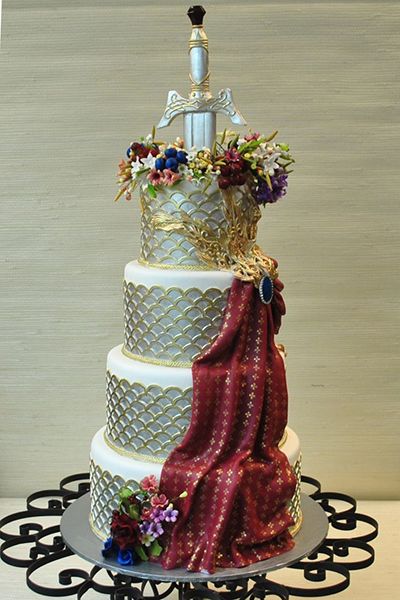 One of Game of Thrones most memorable and shocking scenes (and there has been many) came at the infamous ‘Red Wedding’.

*SPOILER*At the Red Wedding half of the characters that we had been following for close to three full seasons were brutally slain without so much as a hint beforehand. However, out of all that brutality comes the inspiration for this beautiful Red Wedding cake, first pictured in Bridal Guide.

A Cake Has No Name 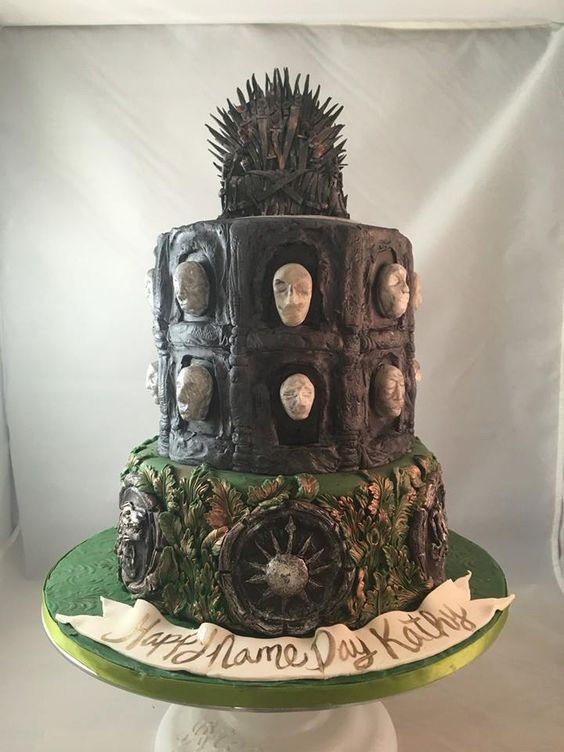 After joining the cult of the Faceless Men,  Arya Stark was trained to relinquish her former identity and become “no one”. So it seems only fitting that our next cake was posted to the social discussion website Reddit by an anonymous user.

On each tier we see a different aspect of the show represented. The first being the different house badges, the second being the ‘hall of faces’ and the third being the ‘iron throne’ sitting on top of the cake. 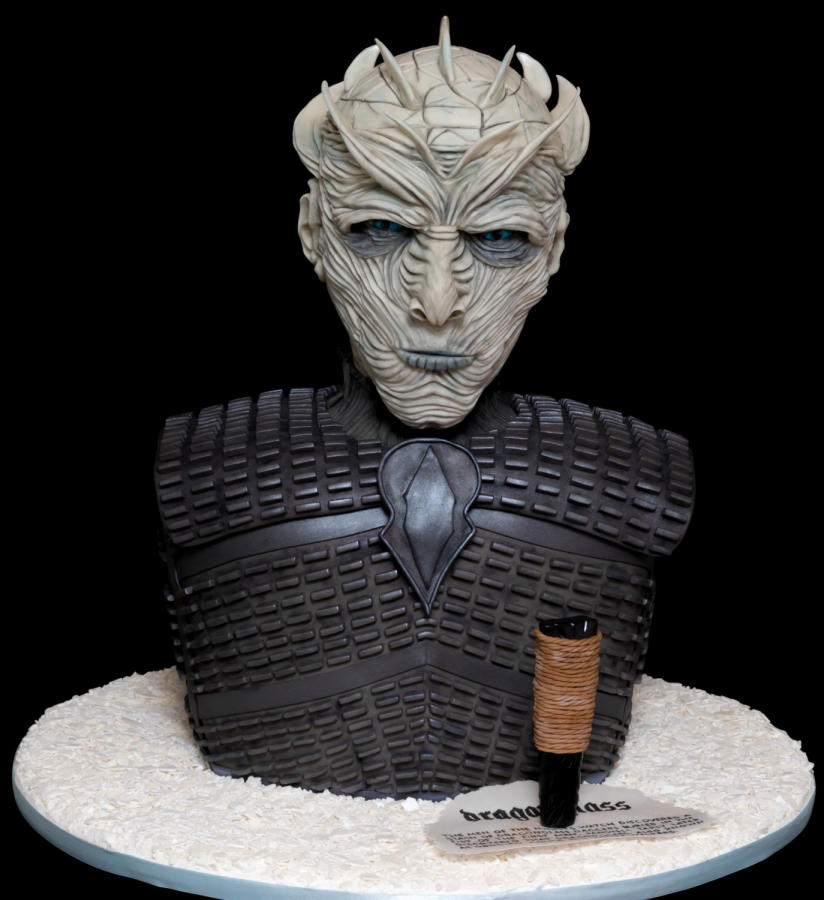 Our 5th and final cake comes from Paul Bradford Sugarcraft School member and owner of Julie’s Cake in a Box Julie Rogerson. Julie deservedly won the GOLD award at the Cake International this Spring (2017) thanks to this fantastic Knight King cake.

Here’s another version of the White Walker cake created by the amazing Marc Suárez. Watch how he puts it together in this time lapse video, wouldn’t it be great if we could all make cakes at the time lapse speed!

Have you made any Game of Thrones styled cakes? Why not share them with us on our members’ Facebook group