We are delighted to be joined in this episode of 'My Cake Journey' by Pro member and owner of Kreative Kakes in Scarborough - Ken Willis. Ken shares with us how his strange start into the world of cake decorating and details the lessons he has learned since opening up his own cake shop with his wife a few months ago. A cake shop they had never initially planned on opening!

'It was the most unlikely of accidents that brought me into the cake decorating world.

I had initially trained as a chef whilst serving in the armed forces, however, it’s safe to say that this career choice was fairly short-lived. I just never felt comfortable darting around a kitchen at 100 miles an hour.

After deciding that the life of a chef was not for me, I worked at various jobs, one of which was at an engineering plant. The company was on shut down and my job was to help disassemble the plant. Anyway, to cut a long story short, a steel plate fell onto my hand and chopped my right thumb off! But, thankfully it did get sewn back on and is still working.

So there I was Christmas around the corner and my hand in plaster. What was I to do with myself? ...and can you believe it? I thought I’m going to make a Christmas cake!!

Although the Christmas cake was a little rough around the edges, it wasn't too bad given the circumstances. In fact, it was good enough for several of my friends to request that I made their Christmas cakes too. That was the somewhat disabled beginnings of my career in the cake decorating industry. 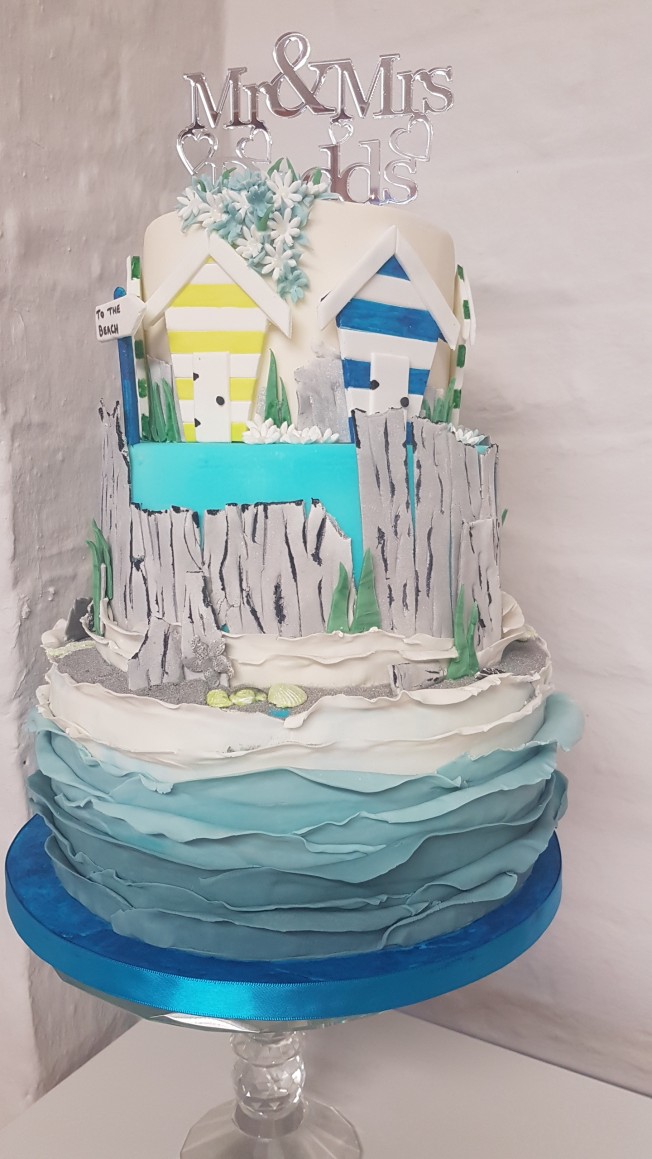 I don't want to bore you with my life story, but with our family had all grown up and moved out and my "hobby" of making cakes was now generating a steady income.  I found myself getting more and more business from hotels and wedding functions and this was all becoming a lot bigger than I had ever had expected. Some hobby!!

It was around this time that my wife and I moved to Scarborough in North Yorkshire. This was nothing to do with my cakes, it was just a decision which seemed right for us at the time and one which would prove to be a good one at that.

As we began to familiarise ourselves with our new surroundings, we came across an old market hall which I hadn't been in for years. To say the place had changed would be an understatement. The new hall had undergone a massive regeneration and we were amazed by what we saw. Next thing we knew, we were signing up for one of the new shops on the mezzanine floor. A bold and somewhat brash move you may think? However, sometimes you just know when something feels right so we decided to go for it. 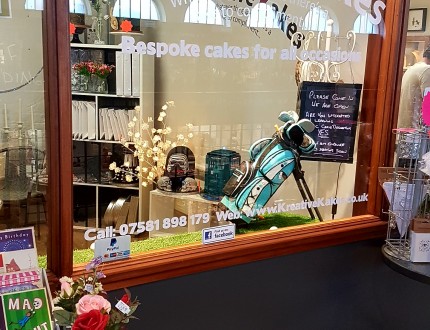 I'm sure you are expecting a happily ever after now? Well after opening the shop a few months ago, things are ok but the thing to remember in this game is that it's LONG-TERM!

You can't just think about the here and now but also have to consider the future. Especially when you are working with events such as weddings, which are often planned in some cases a year or more ahead. You also have to learn all of the different aspects of running a business quickly as running a shop is a lot different from running a home business.

Having said that, running a shop does make a huge difference regarding the awareness of your work. Suddenly all your creations are present in a shop window for the passing world to hopefully marvel at your art. It's undoubtedly one of the best feelings to listen to someone compliment your work face to face and say in "IS THAT REALLY A CAKE?" in disbelief. It's little things like this that make it all worthwhile. 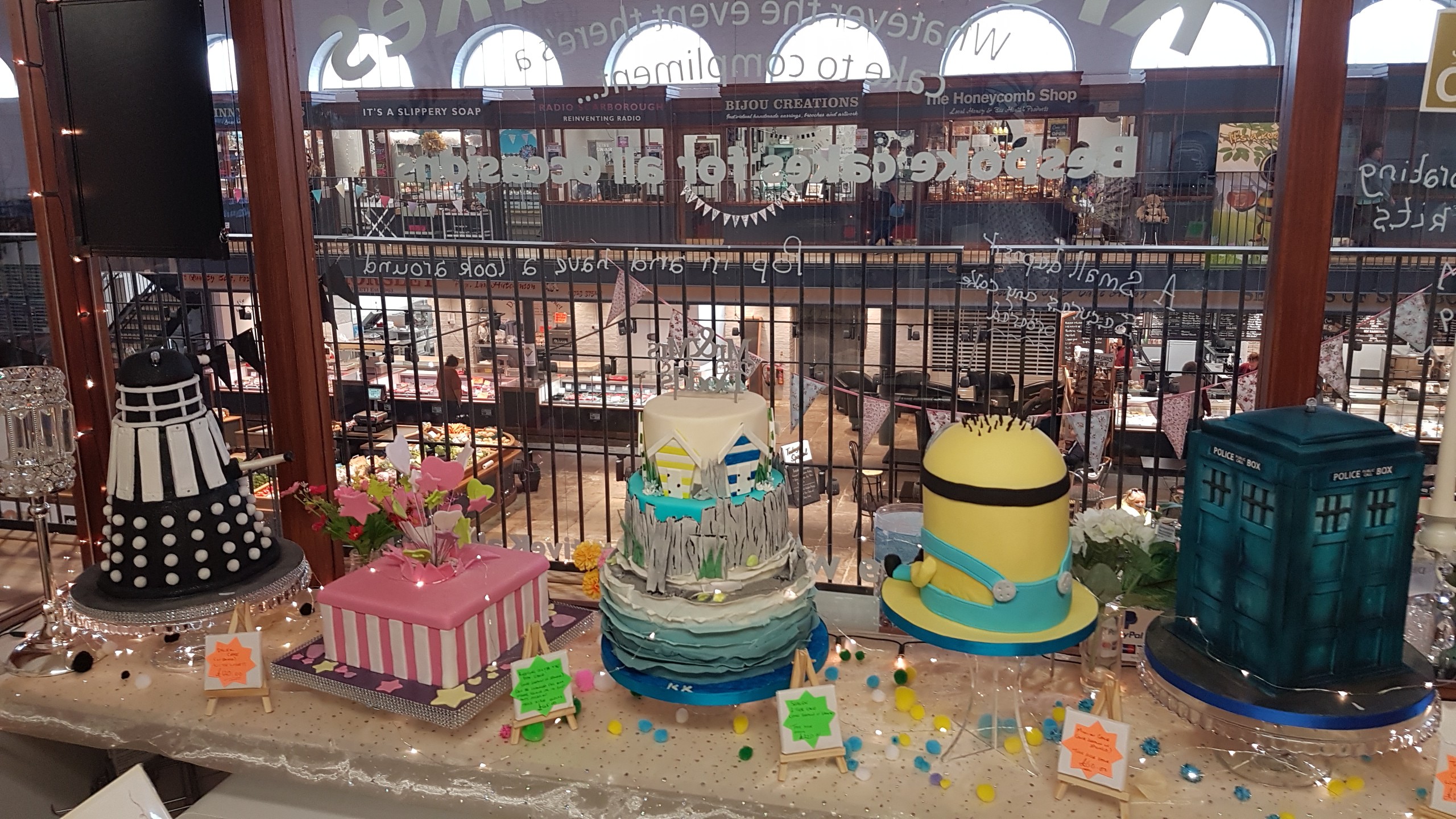 The shop has afforded me the opportunity to participate in photo shoots, be interviewed by the local newspapers and radio station. I’ve also donated cakes to charities and I was even asked to judge a cake baking competition!

Since beginning this new chapter of my life, I have learned so much. However, I'm always aware that there is still room for improvement. Since starting this journey, without a doubt, one of the best decisions I made was to become a Pro member at PBSS.

I cannot thank Paul, David and the rest of the team enough for the invaluable support and tutoring that I’ve received since joining. Not only can you rely on them when you have that burning question (and believe me there will be a lot of them) but you also have a whole community of other similar minded members to engage with. It really feels like a family. 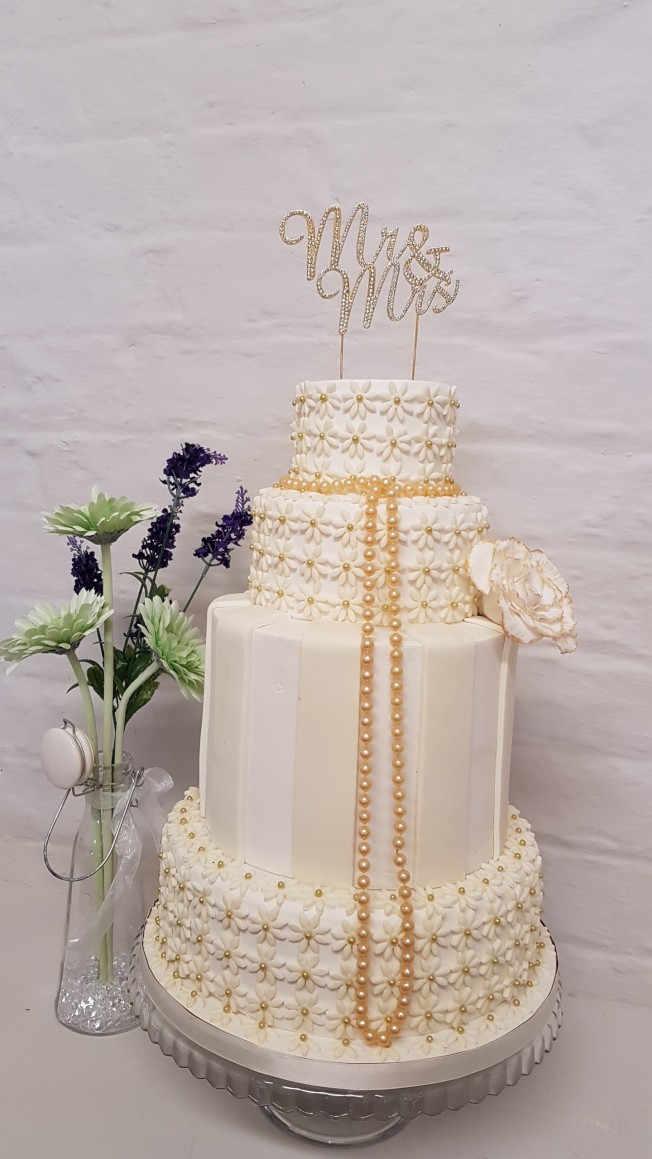 Starting up or growing your business can be incredibly daunting and sometimes scary so the best piece of advice I can offer is to take a step back and really take the time to look at what you're creating.

You are the master of your own destiny and when things may seem tough at times and you feel like you are doubting yourself... and it will happen, use PBSS as a platform to help you get past it. Ask questions, talk to like-minded people and don't feel alone because you are not and just remember that rewarding feeling you get when you hand over a cake and see the look on your customer’s face.

Good luck and I hope I have helped in some small way.'

Thanks very much Ken for a thoroughly intriguing blog post. What a way to get started in the industry!

If you've been inspired by Ken's story and are interested in signing up for a Premium or Pro account with us then please take a look at our account options where memberships are upto 50% off for a limited time only as part of our summer sale!