Paul Teaches Paul How to Make a Dinosaur Cake 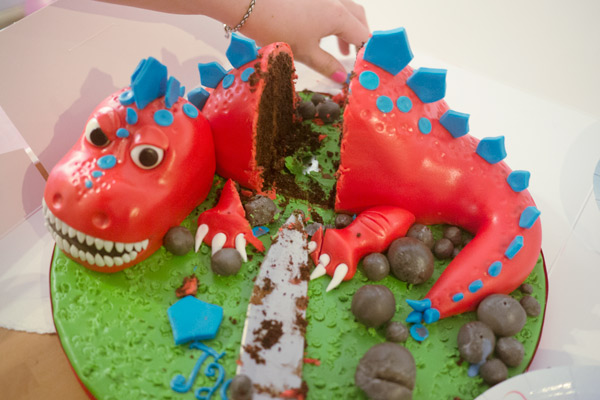 I’m Paul… not the Paul…a different Paul and as of last week, I’m the second best Cake Decorator working at the Paul Bradford Sugarcraft School… Well, the second best cake decorator at the school who’s name is Paul at least! I’m the guy who does a lot of the website stuff as well and the photography and recently, the video too. I’ve spent a lot of time videoing Paul B decorate cakes, hours editing the videos and thinking about how to do them justice with the photography, so we thought it was about time I had a go at decorating a cake myself!

What could go wrong? As it turns out, not much at all. It all went very well but that’s not the end of the blog post! I’d thought I’d give you the lowdown on my one to one lesson with Paul. What was easy, what was hard, what I learned and most importantly how much fun we both had! Well I had fun at least, it might have been the longest one to one Paul B has ever done! It turns out I’m not that speedy! Oh and by the way, you can see the whole thing here.

The first thing you need to do when making a cake (he says like he’s a teacher now) is to have an idea! With my son Jack’s second birthday coming, it was a no brainer to make a cake for him and Jack love’s dinosaurs! Once we had decided that’s what we would make, it was just a case of what kind of dinosaur cake? So Paul B took out his iPad and started to Google. It’s amazing how Paul can look at a small thumbnail picture of a cake and instantly know how it’s made, where it must have dowels, how long it would take and if I would be able to manage it. After 20 minutes of research we decided to adapt between a few that we liked and got to work.

Its easy, this cake decorating thing! 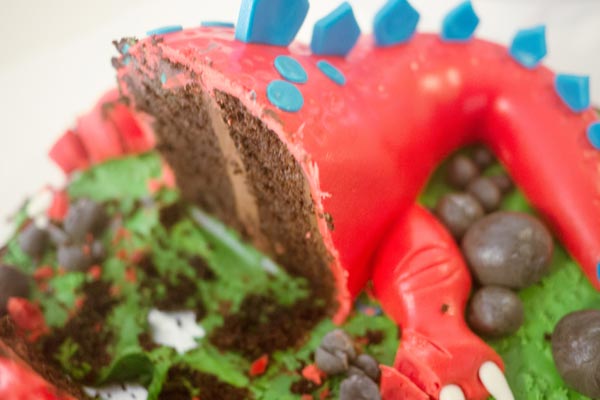 The first thing we needed to do was to carve the basic shape from the cake. This is the bit that I always thought looked the hardest and also the most crucial. Get it wrong and you need a new cake, not quite – you can “stick bits back on”. Comforted by this, I gave it my best shot and actually found it to be really fun and not nearly as hard as I thought. I suppose the shape of the dinosaur is not the hardest shape to create, but it’s not the easiest either, and after getting the hang of it I’d love to try some more challenging shapes like the VW car cake perhaps!

Taking the basics for granted

I had thought that rolling out sugarpaste, kneading, making little sausage shapes, chopping up a sausage shape or simply putting little teeth on the cake evenly would be the easy bits and I’m sure for most of you they would be. It’s these basic fundamentals that I tended to struggle with and perhaps go someway to explaining why the video course is several hours long! Oh and Paul is very chatty, you could hardly shut him up. After Paul explained some of these basics and pointed out where I was going wrong, I started to get the hang of them. I think if I made a few more cakes they would start to become second nature, quickly allowing more time to focus on other things. I did however, invent a new way to roll out sugar paste using my forearms. I think Paul will be adopting my technique soon and I’m sure it will become an industry standard almost overnight…

Paul’s one hell of a teacher!

It was a great experience being taught by Paul, he has a really relaxed and easygoing style of teaching. You don’t feel like it would be a problem to get things wrong and when you do, he explains things in a really clear and simple way. Being a complete novice, I was pretty nervous starting out but Paul quickly helped me to relax and just enjoy it. I really think I could get into cake decorating, it’s a lot of fun and I love anything creative!

Why decorate a cake?

I see loads of amazing cakes being created all the time when working at the School, it was nice to see the real reason why so many people love to make them – the moment you get to give them to someone! Anything that makes my wee boy so happy is well worth the effort! I thought I would share with you the moment he got his 2nd birthday cake. I think I may have set a precedent here and big things might be expected for future birthdays! I’m looking forward to the challenge. 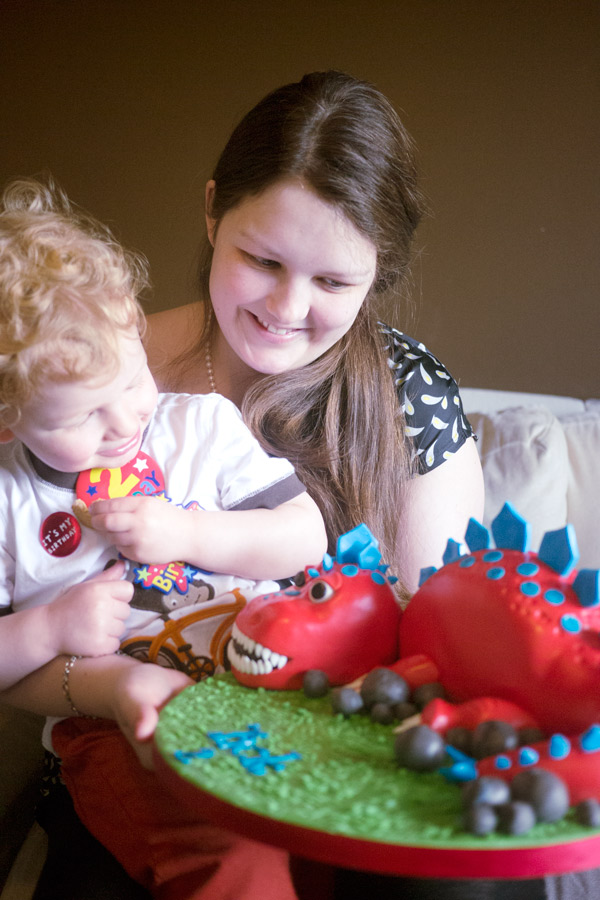 One last thing – Cutting the cake is hard!

After all that effort it’s not easy to cut into such a cool cake. I kind of just wanted to put in on a self and look at it for 6 months before maybe taking one little slice out of the back where no one can see it. But luckily for everyone at Jack’s party, my wife Sarah LOVEs cake, so she took the knife from me and got stuck right in. The cake tasted great and looked as good once it was cut into pieces as it did as a dinosaur – well, almost as good. 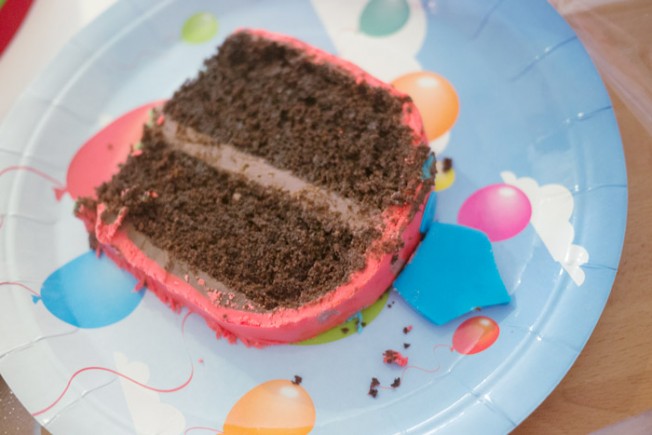