Japan is well known for its decorative culture so it comes as no surprise that Sachiko Windbiel, one of the best cake decorators in the world today, originally comes from its shores.

Growing up on the West Coast of Japan, Sachiko was exposed to a lot of fantastic illustrators from a very young age by her parents. Japanese illustrators such as Osamu Tezuka, who is often known as “the father of Manga” and British illustrator Beatrix Potter,  known for her Peter Rabbit books, inspired Sachiko to start drawing and developed her interest in both anime and art. 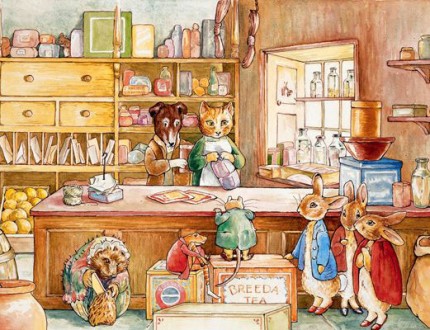 It’s fair to say, Sachiko has always had a passion for design. So it comes as no surprise that after high school she decided to become a magazine designer at college. However, becoming a magazine designer wasn’t to be for Sachiko and she found herself in the food industry. A career move she still isn’t quite sure how came about!

When entering the food industry, Sachiko had initially hoped to become a pastry chef. However, her supervisor at the time decided she was better suited for a customer service and hospitality role (little did he know!). Despite it not being the role which she had initially hoped for, Sachiko dedicated herself to working at the front of house and did so for many years. 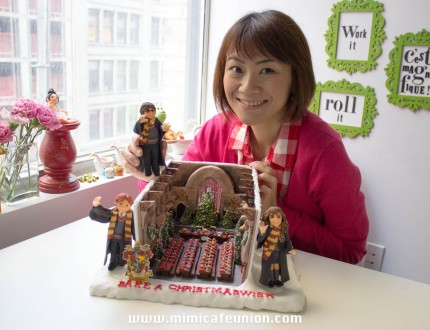 Despite her time spent in the world of catering and hospitality, Sachiko received very little exposure to the cooking side of things during her time there. Then in 2008, dreaming of bigger and better things for her future, Sachiko bravely left the comfort of her job in Japan and relocated to New York. It was here that she would enrol in a culinary school and take her first steps into food decoration.

The culinary school which Sachiko attended specialized in vegetarian and health food (ever so slightly different from cake decorating eh?  ) but after landing an internship at a custom made cake shop, Sachiko became torn between two worlds. 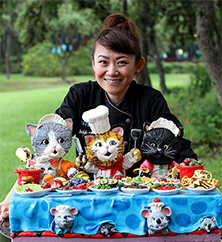 Working with pastry was the polar opposite of what she had been taught during her studies at her overly health conscious cooking school. However, Sachiko’s work in the cake shop had brought many a smile to a customer’s face and this was something that meant a lot to her. She, therefore, decided to focus on what made others happy instead of what she had been told during her time studying in New York.

After completing her internship at the cake shop, Sachiko was taken on as a full-time member where she worked happily for several years. 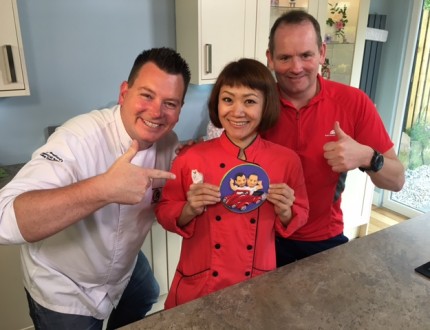 However, after a while, the next step of Sachiko’s journey became clear to her. She had often dreamed of owning her own business and now was as good a time as any. This business would go on to become the very successful mimicafe Union.

One of the questions that Sachiko is always asked is “why is the business called mimicafe Union?”. Well in her own words, Sachiko explains where the name comes from:

“For the longest time, I dreamed of running of my own cafe, where people could meet and relax with a cup of tea and have some pastries or scones. But owning my own cafe was just not “in the cards”  – plus, I now realize how difficult it is run a successful cafe!!!

And “Mimi” was the name of my beautiful cat;  she was a long haired, white Chinchilla and she was very special to me.  When she passed away, I wanted to honor our connection and her memory.   So I decided on the name “mimicafe Union” – with Union  representing the joining of my memories with my hopes and dreams. “ 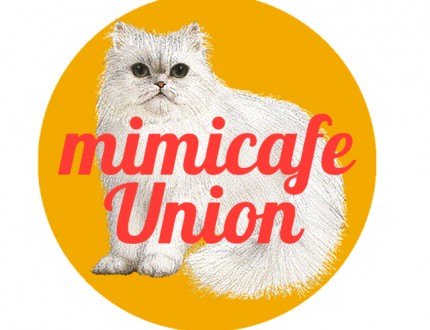 Sachiko also cites the special relationship or “union” she creates with her clients as inspiration for the name. “the atmosphere is kind of like a cafe; we enjoy some tea and some snacks and fun conversation while working on fondant skills together!!!”

As you will be able to see from her cake tutorial with PBSS, Sachiko is an extremely unique talent and her star is only going to rise.

You can now access her Miss Liberty tutorial from  Thursday 14 September 2017 and over 300 more award-winning cake tutorials at www.designer-cakes.com