We all have dreams, aims, goals, ambitions, targets, so no matter what you call them we all have them. If not, go and see a doctor!

If you don’t have your motivational targets or wish list then pour yourself a drink of choice and let your imagination run wild allowing your pen and paper to connect to put these thoughts down in writing. Not only will it give you a great feeling NOW, in that moment, it will also help to focus your sub conscious mind on what is really important to you.

Happiness must be the euphoric self esteem position we all crave and aim for so good health for ourselves and loved ones must come first, no debate. Good health, good relationships, an enjoyable work / life balance and a healthy positive outlook are all well worth aiming for.

When Paul took part in that very exercise four years ago he mainly focussed on the work / life balance element. Back then the thought of teaching cake decorating was in itself such a new skill to him that he had difficulty removing all those ‘I’m not quite good enough’ or ‘I’ll never be as good as they are’ thoughts, which are our natural inbuilt self defence mechanisms. However, having been coached to remove those limiting beliefs he was able to dream without restrictions. 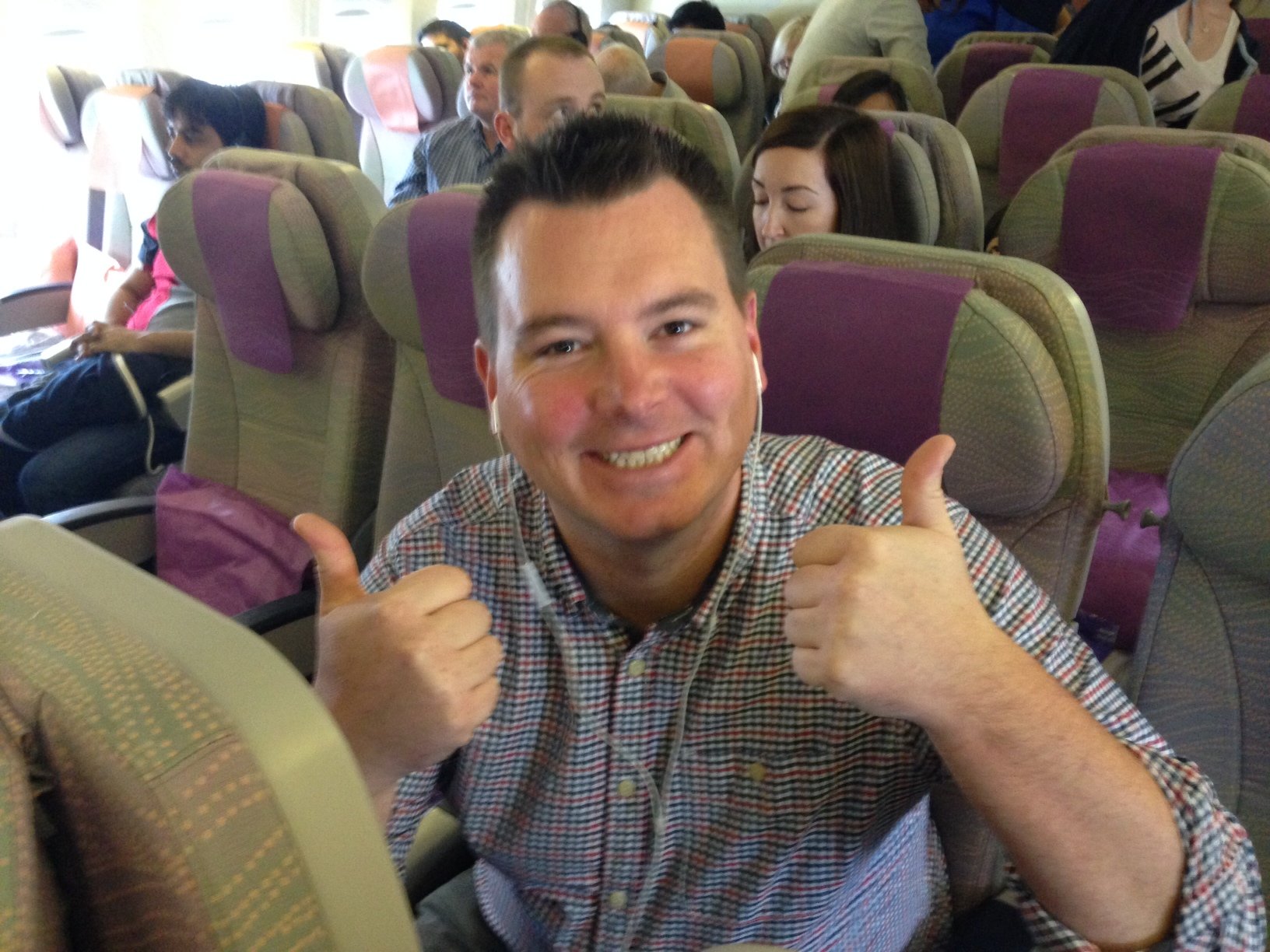 Many of those dreams have since become his reality not least his recent trip to teach with Fatima at Cake Box Me in Dubai.

With a number of hugely exciting venues already under his belt the trip to Dubai was anticipated more than most. After all it is a completely different culture, would there be a language problem? what if they don’t understand the way I teach? and many other thoughts that led to an interesting cross between excitement and nerves. However, we had only heard great things about the host and venue and it wouldn’t be the same anyway, if there was nothing to be worried about.

After a fairly quick 7 hour flight from Glasgow we arrived in Dubai in the middle of the night and were promptly picked up from the airport. Having spent the summer in southern Spain we were sure that the heat wouldn’t be an issue, but WOW. The luxurious air conditioned airport gave a false sense of security as we walked out into what can only be likened to opening the door of an oven at 350 degrees. However, very quickly we were in a lovely air conditioned car and on our way to the hotel where a very pleasant upgrade awaited. 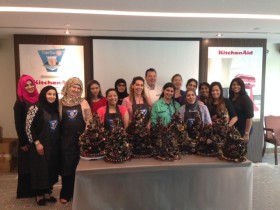 wasn’t until the following day so with no time to waste off we went to explore this amazing city. With the hotel overlooking over the Mall of the Emirates this had to be the the first stop, but as shopping isn’t really Paul’s thing we jumped on the underground and headed for the infamous Dubai Mall which is simply spectacular. It boasts a list of firsts and the biggest this and that, but records aside its just an amazing experience. Paul was very taken with the aquarium which was built into the centre of the Mall with 75cm thick glass separating the shoppers from the sharks – amazing!

Oh, and as if I could forget to mention, the tallest building in the world, by far, the Burj Khalifa was right outside. No point in showing a picture here as the only way to get its true perspective was from the air. so keep reading.

Then it was on to the matter in hand teaching the three sold out courses, two Chocolate Wrap courses and the first time Paul had taught the Steam Punk shoe. Paul was delighted at the way Fatima had organised the course with all tools and ingredients checked off as per the lists and with very attentive hotel staff on hand the courses were well planned and ran superbly. It was amazing that students had come from all over the middle east to attend and quite humbling that many were members of our online cake decorating tutorial library so all knew Paul very well from there. 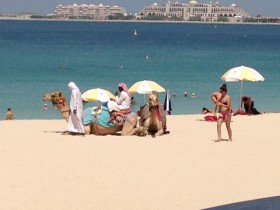 Students had come from Iran, Iraq, Jordan, Turkey, Qatar, Syria, Oman, Trinidad and Tabago, Germany and many more countries from across the region. It was an amazing gathering of cultures, dialects, cake experiences, but all keen to learn in the fast pace environment Paul creates on his courses. Everyone had a great time and lots of new friends made and lots of amazing cakes making there way home to all these different countries.

It then left another full day of site seeing which involved a trip to Jumeirah Beach, pictured here. There’s aren’t too many beaches in the world where a camel and arabs in full dress can look very much at home. The main reason we had gone to Jumeirah beach was that having just met our new neighbours in Linlithgow, by complete coincidence they were flying to Dubai on the same day so thought it too big a coincidence to go without meeting up. We met in this lovely new tea cafe where they had ‘Tea Doctors’ doing the rounds explaining the vast and diverse range of teas on offer. We then met up with Fatima and her husband for dinner back at the Dubai Mall where we were entertained by the fantastic water fountain display where water shoots several meters into the air all time perfectly with the accompanying music.

To properly view the city w

e treated ourselves to a seaplane tour which was just amazing. There’s that word again, but no apologies for its over use in this particular post.

You’ll see from the window in this picture just how tall the Burj Khalifa really is and get some sort of context of the city below. It’s worth saying that those buildings being dwarfed by the tower are sky scrapers in their own right.

This was a trip that will stay with us for long, long time and for all the right reasons.

Great city, great host, great hotel and great students. If you are a cake designer and love to travel then this is the place for you whether its to teach or come and learn I can assure you it will be worth it.

We hope to be back next year en route to the tour of Australia next September.