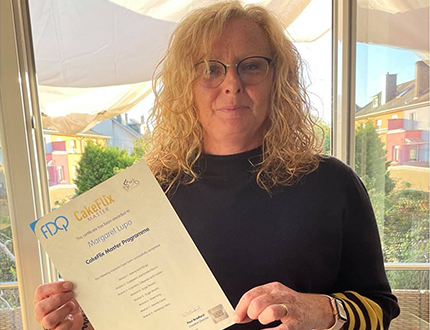 A huge Congratulations to Margaret Lupo who successfully completed the CakeFlix Master Programme. Not a certificate you would expect from someone who wanted to be a nun when they were growing up!

CakeFlix Master has eight detailed Modules covering all the key cake decorating disciplines with 39 quizzes and 37 assignments. It has been equated to ‘A’ Level standard in academic terms (England) by FDQ, so it just shows the amount of time, effort and learning that Margaret has put in to achieve this accredited certificate.

Margaret’s cake decorating story started like most, by watching her Gran baking when she was very young. Gran would do the whole week’s baking in one day and it was eaten throughout the week. When Margaret went to visit Gran, the first thing she would do is head to the press to see if there was anything in the tins. If she was lucky and had beaten her cousins, there were rich pickings from Gran’s deliciously baked delights.

Through Margaret’s early years she could often be found in a mess with flour, often in her hair, sugar and butter with something not so edible on the counter. She also had a love of drawing with she got from her Grandpa, but in her teenage years the desire for all things new overtook her baking and drawing ambitions. 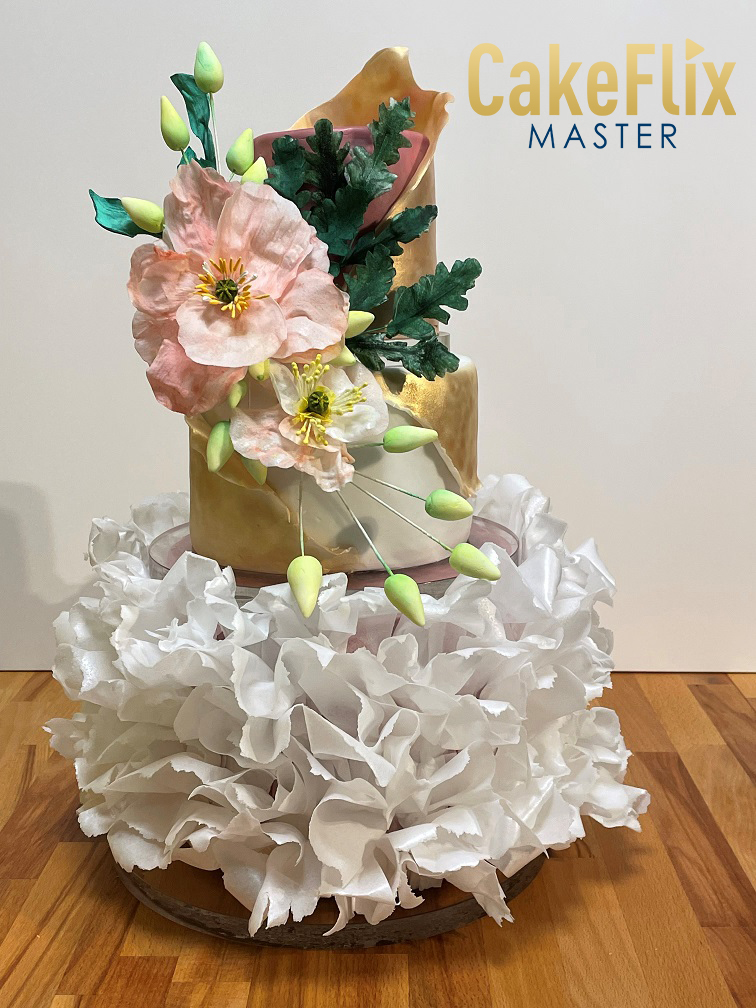 It wasn’t until her first son was born that she started baking again. After the family stories about the mess she made when she baked as a youngster, this time Margaret was determined to take it a little more seriously.  Before long high quality tea breads, cupcakes, traditional baked cakes and truffles were leaving the kitchen, but as Margaret didn’t eat cake at the time so ended up giving most away.

As the years passed and more children came along, (she now has 4) the more the demand grew for her to make gimmick cakes for my kids. Up until then she had always stuck with the same cake recipe and hadn’t explored the whole designer cake niche.

When Margaret moved to Belgium she got ready to make a cake for her son. However, she had no UK flour so had to use what she considered an equivalent from the local supermarket. The cake looked fine so she went about decorating it and colouring with edible coloured paint. After many hours she had created an amazing Thomas the tank engine cake. Her son loved it, but when it came to cutting it…they couldn’t even get the knife in!!

The moral of that story is to try and stick with flour and ingredients that you are familiar with.

After another move, this time to Luxembourg when that family were still young, she visited an expat shop and came across a cake magazine, which became a game changer. She was introduced to an amazing array of designs and step by step guides, which combined the two things that she loves to do; bake and create.

Margaret just loves cake decorating now. She doesn’t do a lot of cakes for paying customers and anyone that comes is by word of mouth. This allows Margaret to enjoy the whole process and gives her all to every single design. 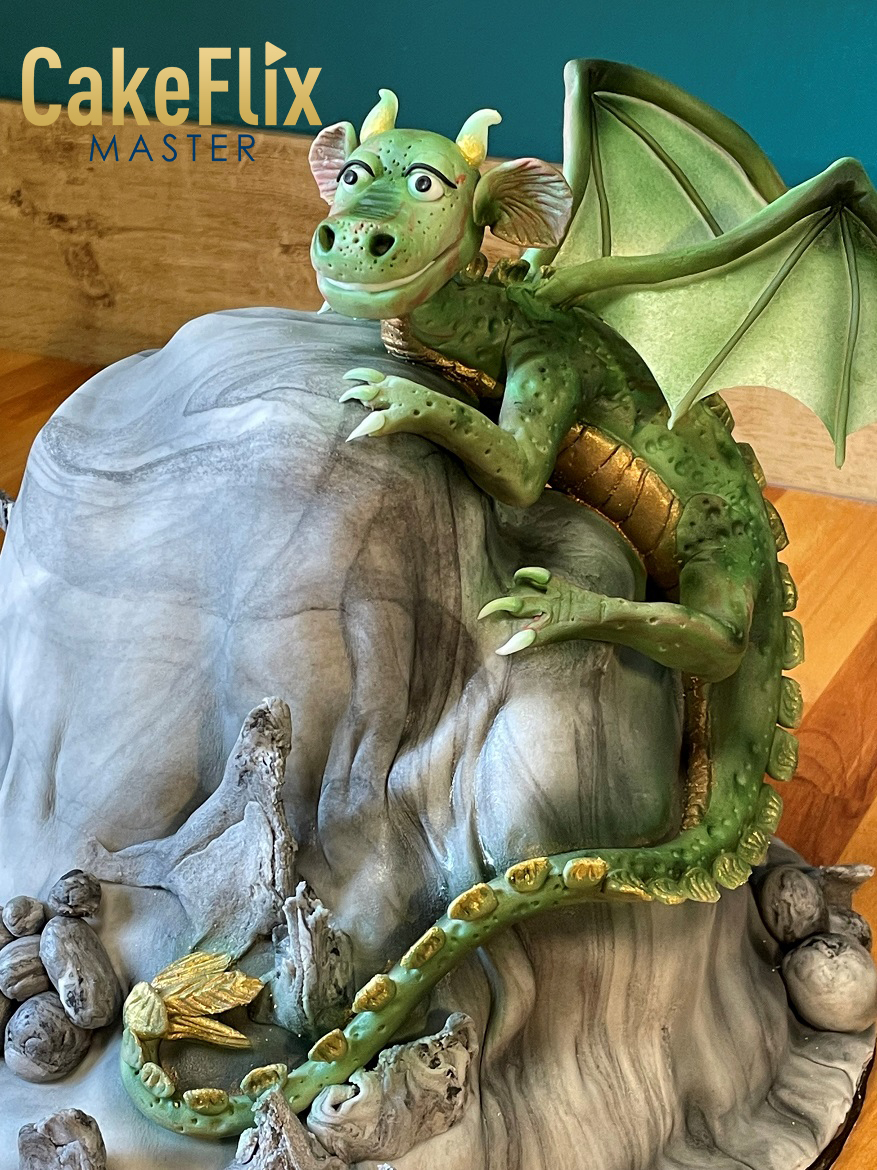 Like many cake decorators, Margaret found manging through Covid quite a challenge and she had lost her cake mojo. However, her husband bought the CakeFlix Master Programme for Christmas. The gift was accompanied with a short Merry Christmas video message from Paul. Margaret explains “I broke down sobbing when I realised what I’d been given, believe me! And every time I told my friends what he had gifted me, I would breakdown again!”

Margaret has made a lot of cakes for family and friends, but strangely its not the fully decorated or elaborate cakes that get most praise.  It’s Margaret’s simple  caramel cake (the kind we got in Scottish school dinners) that gets most plaudits from her family and friends. Margaret explains that “It’s seeing their faces light up as they tuck into the caramel cake, this is when I know that I’m truly blessed.”

Margaret was asked if she had done anything out of character?

I’ve always put down what I do. I’ve never had the confidence to say that something I’ve done is good enough just in case it attracts criticism or fault.
But now I’m beginning to get a wee bit of confidence to look at my cakes and say yes just maybe it’s ok or dare I say good. I’ve found that I love to make the wafer flowers. However, sometimes I get this voice in my head saying ‘just stop you’re rubbish’.

When my friends and family look at the same work, they are amazed and it makes me look at it again in a more positive light.

Confidence is a long ongoing battle and being able to accept that I am actually good at something just feels uncomfortable.

Margaret was asked who would she like to be stuck on a desert island with?

It would have to be my hubby, yes I know it’s boring. But we have been married too long to consider existing separately and wouldn’t want it any other way. The night we met I knew we would be together until the end.  He has given me the support and love that I’ve needed when things were at the lowest part of my life and vice versa. We make each other laugh. We drive each other nuts. We are the two parts that make up the one thing. So it would have to be my hubby.

NOTE: For anyone suffering from Confidence issues it is worth checking out Boot Camp LESSON 1.

Here are some of Margaret’s cakes… 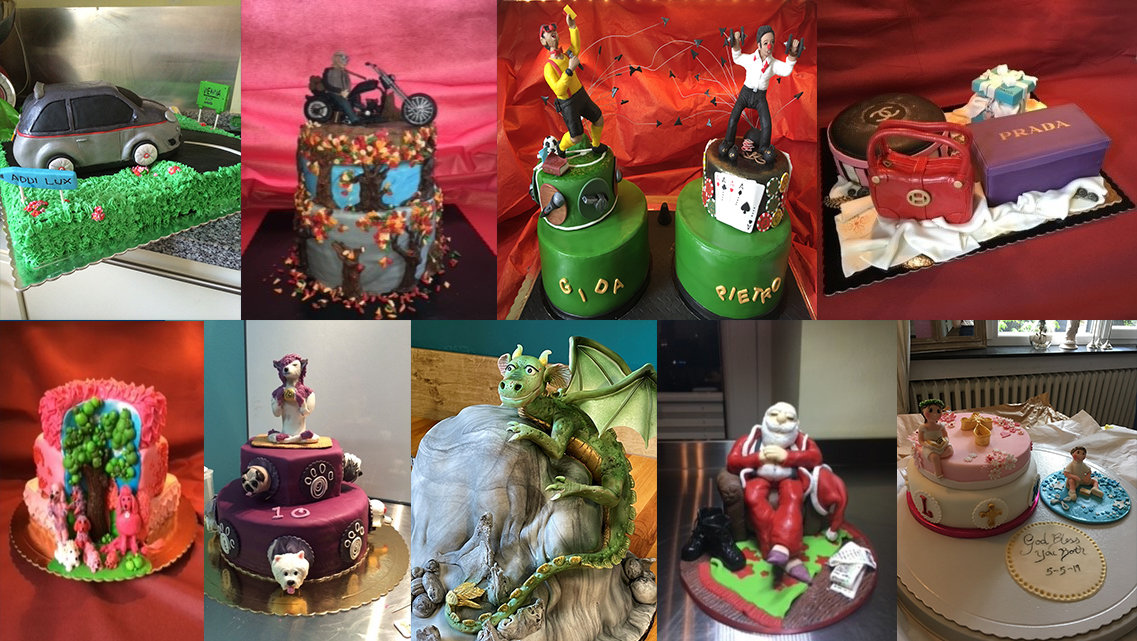