Obviously we’re completely impartial. Obviously. But you can’t deny Donald Trump has come out with some pretty controversial opinions and rubbed up plenty of folks the wrong way in the run up to the presidential election. And that’s all we’re going to say on that.

Luckily, over in the wonderful land of cakes, we believe in acceptance, love and equality for all. So we’ve compiled a collection of some of the most impressive examples of cakes flying the flag for political correctness.

The rainbow flag is a symbol of gay, lesbian, bisexual and transgender solidarity, with each colour representing different aspects – nature, spirit, harmony etc.

Rainbow cakes may be ten-a-penny, but these rainbow brownies made to celebrate Gay Pride by tablespoon.com are just heavenly! Chocolate and equality – what’s not to love?

Festive cake for all

Whoever made this cake had their PC hat well and truly on that day. Covering not one, but two, religions, this celebratory cake wishes both a Happy Hanukka and Happy Kwanzaa. Hanukkah is a Jewish holiday and Kwanzaa is a celebration that honours African heritage in African-American culture. Makes you feel a bit warm and fuzzy inside doesn’t it?

We are the gingerbread people

Refusing to be constrained by society’s norms is just another day for these PC gingerbread people. 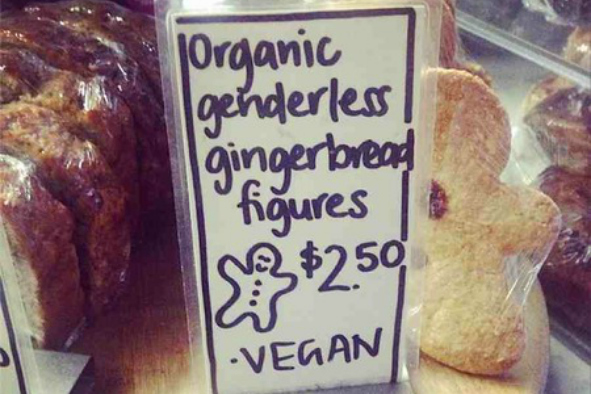 Rumour has it Barack Obama loves Oreos. Which is exactly why Anjelica Hayes, owner of Fat Cupcake bakery in Portland, decided to name an oreo cupcake in the president’s honour. And so ‘The President’ cupcake was born.

However, someone got the wrong end of the stick and assumed it was a racial slight – spreading their opinion all over the internet. Horrified at the accusation and keen to avoid any further controversy for her business, Anjelica renamed the cupcake ‘The Professional’. A very PC move.

We love this Corpse Bride inspired wedding cake. Not only is it pretty, quirky and well crafted, but the brides’ personalities also shine through.

And finally, just to keep things balanced, here is Donald Trump represented in cake form… Don’t say we aren’t good to you. Ahem. 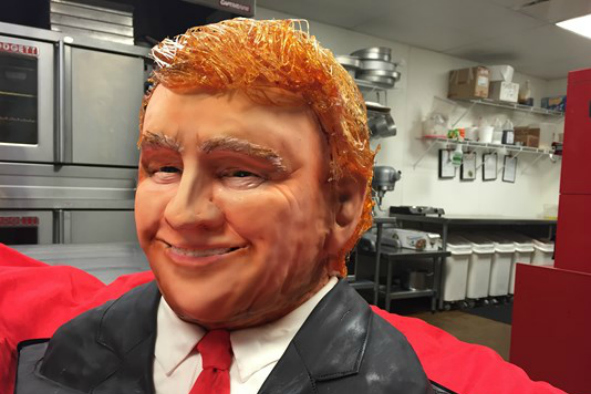